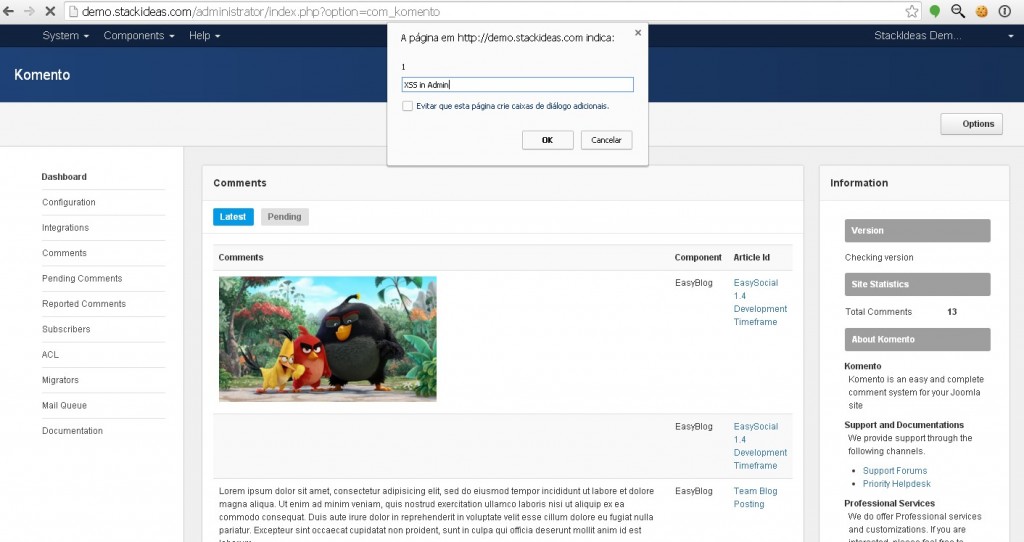 Komento is a Joomla! comment extension for articles and blogs in K2, EasyBlog, ZOO, Flexicontent, VirtueMart and redShop.

I found out that was possible to launch a Persistent XSS attack when adding a new comment using the WYSIWYG website and image buttons.
This issue was critical in both environments – frontend and backoffice.

In frontend when a user visited a page where the comment has a XSS attack it would be automatically affected.
In the other side – the backoffice – when the admin checked the new comment it would be vulnerable to this attack and could get his account hijacked or something even more dangerous.

What I did was to pass along the XSS vector in the [img] code and use the Javascript onload to run the exploit when image loads.

In the [img] case this will reflect the following HTML (on the frontend): 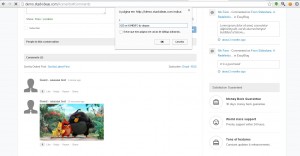 In the administrator area.

This Joomla! component has lot’s of Google results and can affect a large number of innocent people. A victim just by visiting the page with a malicious comment will be affected.

All versions prior to 2.0.5 are affected.
Vendor already patched both security issues in the new version 2.0.5 – http://stackideas.com/changelog/komento

You got to love this part:

It is my view, that we shouldn’t call them “Bug Bounty Programs”, I would like them to be called “Bug Hunter Appreciation Programs”. I don’t like the term “Bug Bounty”, because bounty sounds a lot like it’s money up for grabs, when the attitude is that of a gift, or a “thank you, you are awesome”. 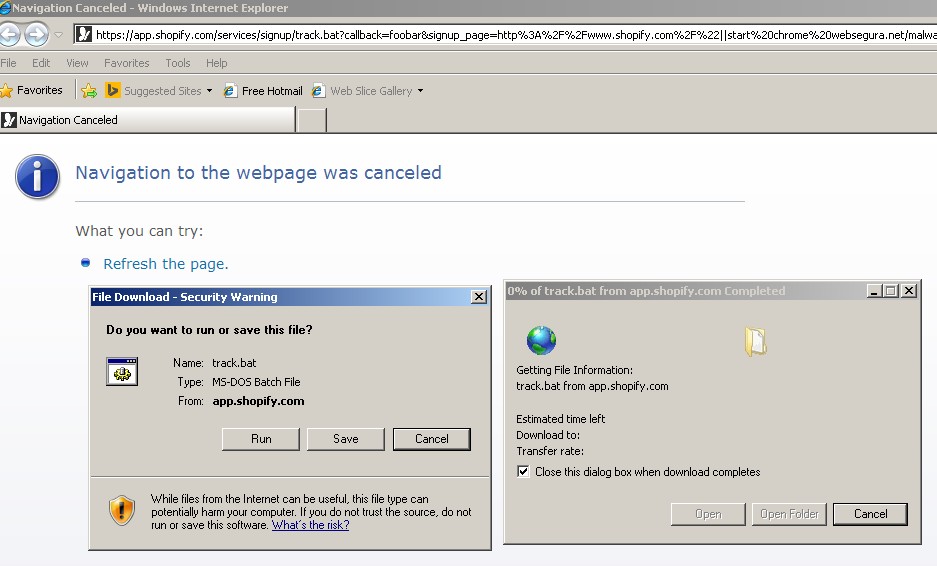 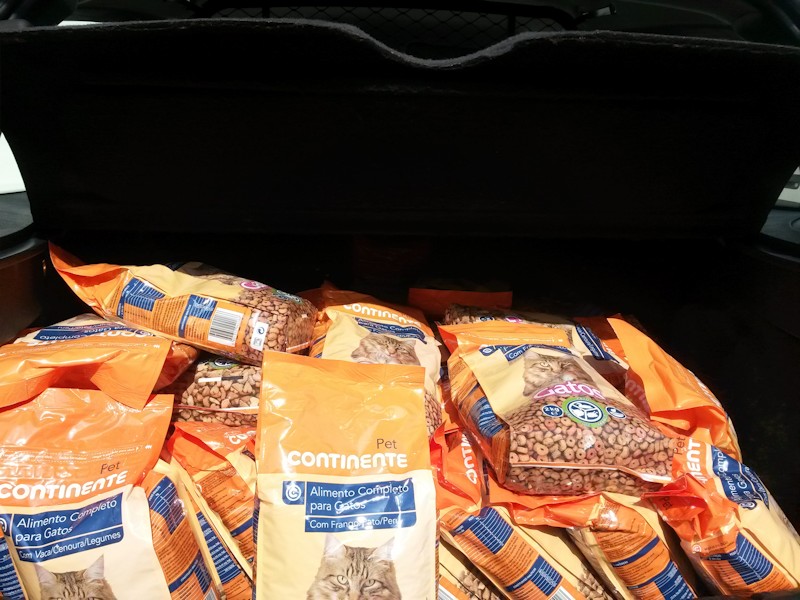 I’m always happy when I donate food to a local animal shelter.

This time was:
50kg of senior dog food
60kg of cat food

It’s not enough for more than 150 dogs and 100 cats but it will help them for a while.
I promise that will be more…

Yahoo! and other sites vulnerable to Open Redirect

A couple of portuguese security researchers published a article about a vulnerability on Linkedin and Yahoo! that allows a malicious user to redirect victims to other sites. The problem is/was located on a vulnerable version of Express – Node.js web application framework.

So with a simple modification in the URL you get a Open Redirect attack:

Both Yahoo! attacks are still open to attack and working in Firefox and Opera browsers.

This is a easy fix – just update your Express Framework and you’re done!

After publishing a report on a security software – OWASP ZAP – I found another vulnerability on a security company – Acunetix.
Reminds the proverbial saying:

I found a way to trick users into downloading a batch [executable] file that comes from ovs.acunetix.com using a Reflected Filename Download vulnerability.
It was funny how I found this one. I noticed that Acunetix allowed to test vulnerabilities online and I was curious about that web appplication. I register for a demo account and noticed lot’s of XHR requests on my Google Inspector. So I decided to give RFD a try…

This security issue affected almost all XHR requests on ovs.acunetix.com – Acunetix Online Vulnerability Scanner. Every request allowed a user to inject a callback with special characters that would allowed me to launch a possible attack.

Which reflects on the screen:

It didn’t give any HTTP error:

So I was able to inject a callback that even giving an error on the JSON information it didn’t return a HTTP error.

Because I couldn’t control the filename and force a download I needed to use the HTML5 download attribute.

As I said before it happened in almost every XHR requests:

Possible attack scenario:
Because this file can be accessed without authentication a malicious user could use this to attack any user.

Acunetix security team fixed this vulnerability very fast proving that they’re on top of things. I wish I could to see other companies follow Acunetix patching timeline.

I just noticed that this is my first full disclosure of a XXE vulnerability. I already found others but they were inside private bounty programs.

For those who don’t know OWASP ZAP:

The Zed Attack Proxy (ZAP) is an easy to use integrated penetration testing tool for finding vulnerabilities in web applications.
It is designed to be used by people with a wide range of security experience and as such is ideal for developers and functional testers who are new to penetration testing.
ZAP provides automated scanners as well as a set of tools that allow you to find security vulnerabilities manually.

When checking some files from the application I noticed that there are a lot of XML files so I decided to “play” the XXE (XML External Entity) card to check if it OWASP ZAP was vulnerable. I know that finding this type of local vulnerability is a low level issue specially because you need to have access to the local files of the victim but what if the malicious user wants to backdoor the operating system without the trouble of being detected? Cool idea right?

Keep in mind that config.xml is updated when you run the application so the XXE attack is removed automatically cleaning the tracks of a possible malicious user.
Others XML files could also be vulnerable.

I reported this issue to OWASP ZAP guys and they agree with me that it’s not a critical security issue but they fixed it on the version 2.4.2 – https://github.com/zaproxy/zaproxy/issues/1804 – by disabling processing of XML external entities by default.

They were also nice enough to put my name in their acknowledgement list.
If you don’t use OWASP ZAP give it a try. I use it almost everyday. It’s a excellent pentesting tool and with great online support. 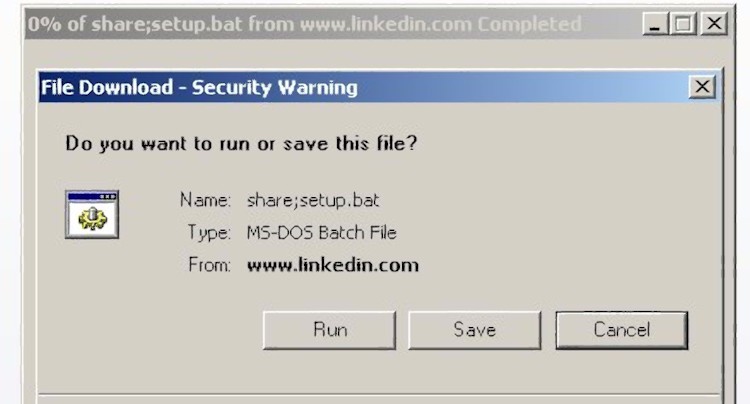 When researching another website I discovered a XHR request on my Google Inspector on Linkedin that seemed interesting:

Basically it was the request made by websites to count how many shares their site have on Linkedin network.
As a curious security researcher I tried to modify the url parameter to something more interesting:

Url parameter wasn’t validated and it was reflected on the JSON file.
If I downloaded the file and renamed it to .bat it executed the calculator from Windows.
But this is not enough I needed to change the path so it downloads a batch file and use a different windows command.

Guess what? IE8 downloaded automatically this batch file from a trusted domain – linkedin.com
I wanted to work with other browsers so I needed HTML5 download attribute.

So a possible attack scenario would be:

A malicious user could even give more credibility to the HTML5 download site if he uses famous open redirections vulnerabilities on trusted sites like open redirects on Google or even on Linkedin.

To the victim, the entire process looked like a file is offered for download from Linkedin original site and it would not raise any suspicious. A malicious user could gain complete control over a victims computer system and launch malicious files that appear to originate from a trusted party.

Malicious users are always searching for better ways of gaining trust of victims. This could be the right online weapon.

For those who don’t know Condé Nast:

A DOM XSS vulnerability present in specific ads page on newyorker.com allowed me to understand that all of their network websites were vulnerable if a user to injected code into the url.

The affected file was displayad.html on ads directory:

location.search.split function is not properly escaped so it was possible to manipulate “req” parameter as we wish.

Other sites on the network:

Keep in mind that these sites brings millions of users every day and these vulnerability in the wrong hands would be very dangerous.
A malicious user could also:

This was fixed by Condé Nast security team which kept me updated every time showing me that it’s a company that care about security and their clients. Hope they can keep up the good work.

I found a critical issue on Google that can be used by malicious users to hijack victims computer using Google domain as platform and trust source.

I come across this security issue because I detected a JSON request using Google Inspector made by the following URL:

After checking that callback variable could be reflected on the screen I tried the following GET request:

Which returns the following JSON information:

It returns HTTP status code 200 even when the JSON request tells that’s an error (?). In this case callback only allows a command to be executed without spaces so in the following proof-of-concept I could execute calc from Windows.

But I wanted a better and more exploitable proof-of-concept so I tried with the query parameter – “q”:

The attack is reflected. Due to the fact that I couldn’t control the filename and force a download I needed to use HTML5 vector supported by the following browsers:

Online proof-of-concept  (downloads batch file that a new Chrome window with a URL – in my PoC is just text):

This works mostly on all Microsoft Windows versions. It also can be used in Linux and OSX but it needs more user interaction. For multi-plataform a malicious user could create a .htm file instead of a .bat file being the HTML file malicious. This is might be an alternative attack method to work with all operating systems.

So in my proof-of-concept I was able to execute a new window on Chrome browser with a page that simulates malware [it’s just text].

How to fix this issue?
Google already fixed most of these issues by using HTTP header Content-disposition:attachment; filename=”f.txt” that will force the download to f.txt every time. But this time they decided not to fix it because they say that needs to many user interaction.